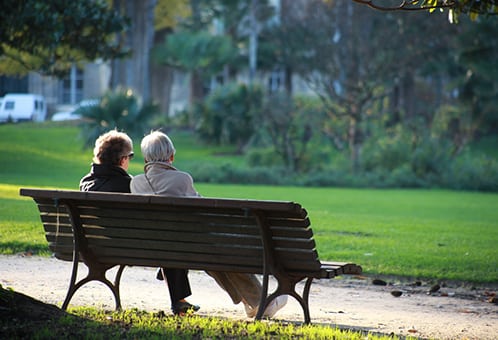 Decades ago, my parents established living wills. They had gone to a seminar at my mom’s church and came away feeling that it was a good idea that my sisters and I knew exactly how they wanted to be cared for at the end of their lives. We listened to their plans, but thought it was creepy: Our parents were young, and in our minds they were going to stay young for a very long time.

Last year, my father’s declining health took a sharp turn for the worse. My mother, my sisters and I had to dig out his living will and commit to honoring it in earnest. We took him out of the hospital and, with the help of a hospice service, brought him home to be surrounded by some medical aid, like an oxygen tank, but more importantly his wall of family pictures and the sounds of Italian opera.

It was the hardest thing that any of us had ever done. On the nights when the pain medicines did not seem to be working, we doubted our abilities as caregivers. When people asked us when we were going to take him back to the hospital, it was sometimes difficult to explain that we were following his wish to die at home. It was painful to listen as friends shared the guilt they felt at not having dealt with a death in the way the dying person wanted them to, or not know what their wishes were. We had my father’s written guidance, and we followed it to the end. And my sisters and I discovered that we were grateful that our parents had so clearly expressed their wishes about death.

There are many subjects that don’t make for easy dinner-time conversations. Death is one of them. But having that conversation can make even a difficult death much easier.

Virginia Citrano is the editor of MyVeronaNJ.com, a community news Web site in Verona.