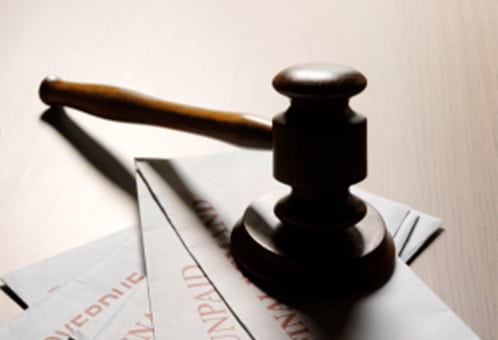 As Mary and John entered their eighties and John was diagnosed with Parkinson’s Disease, their adult children decided to take matters into their own hands. Instead of contacting a professional, they convinced their parents to transfer the marital home to the adult children. Each of the three children received a one-third interest in the home. There was no discussion about what would happen in a long term care crisis situation which was a very real concern since Mary and John had very few assets outside their home and both were beginning to decline.

Two years later, John passed away and Mary moved in with her daughter, Jane, and put the house on the market. After a few months they entered into a contract of sale with a prospective buyer. A routine title search discovered that some of her son’s creditors now held a lien on the home. It turns out that after Mary transferred the house to her children her son, Daniel, suffered his own health crisis. He had a heart attack and could no longer operate his business. The bills began to mount and now he was seriously in debt. Today, the family is involved in a contentious legal battle with his creditors and the house is sitting idle – no longer for sale. Mary is still living with Jane but has no money left to pay for the next level of care when she needs it. Since her husband was a veteran, Mary will soon be eligible for VA benefits which will help, but will not solve her problem. Hopefully, she won’t need a higher level of care for three more years – the amount of time left on the Medicaid look back for transfers.

If the family had sought the advice of an elder law attorney they would have been better prepared for this crisis. In fact, Mary would have more than $250,000 which she could choose to use for her care or protect to provide her with options as she ages. The creditors? They would have had to be satisfied with Daniel’s assets, not Mary’s home.