A Place to Call Home by Sophia Heftler

Home › Blog › A Place to Call Home by Sophia Heftler 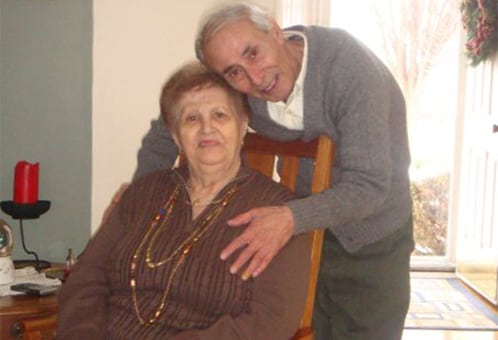 I welcomed Christina into my office for our first meeting after several phone conversations.  She had been referred to Distinctive Care by a professional colleague thinking she needed a full assessment of her mother who has been diagnosed with dementia and is currently a patient at a local rehabilitation center, receiving physical and occupational therapy for a broken shoulder which had been surgically repaired.

When Christina initially called me, she was very concerned about whether her mother, Susan, could return to her apartment at a local senior housing complex and thought it would be necessary to have a care manager complete a full assessment of Susan.  While discussing her concerns and obtaining information about Susan, her living situation, and her anticipated discharge date, I advised her that I thought an assessment of her cognitive status, review of her chart at the rehabilitation center and a thorough discussion with her treatment team would be sufficient to determine if it was safe for her to go back to her apartment.  I assured her that if our care manager determined that she required 24 hour care that I would provide her with referrals to assisted living facilities as well as provide her with referrals to homecare agencies.  She expressed concern that Susan may not be willing to complete the assessment, but I assured her that our care managers are professionals who will work with her to complete the assessment.

Kim, one of our nurse care managers was assigned to the case and the following day completed the SLUMs Examination which is an assessment tool developed to test cognitive ability.  When she initially approached Susan, she refused to be assessed, so Kim asked her if there would be a better time.  Allowing Susan to be “in charge” resulted in her agreeing to complete the assessment a half hour later.  This gave Kim time to meet with the treatment team, social worker, and administrator of the rehabilitation center.

With all the information Kim obtained, she determined that the only way Susan could go back to her apartment was with 24 hour care.  She called Christina and discussed the results of the assessment with her and at that time Christina stated that she thought she would prefer assisted living as an option for her mother as she felt her mother wouldn’t want somebody living in her apartment with her.  Kim advised me of this and I went to work.

Based on information I had obtained about Susan during my initial phone call with Christina, I knew what activities Susan was interested in and I used this information to determine what assisted living facilities might be appropriate for Susan.  I called five assisted living facilities, advising them that Susan was a client of mine and was able to negotiate waiver of the community fee at three of them (which is equal to a month’s rent).  I also called three homecare agencies in New York and three in New Jersey as Kim felt initially the best way to transition Susan would be to have a private aide during the day as she continued to receive homecare rehabilitation upon discharge and build up her strength and ability to ambulate with limited assistance.

Christina and I were finally meeting for a consultation to review the care plan that had been developed for Susan.  I explained to her that several of the assisted living facilities I was referring her to would ensure Susan could continue with her placement after her Medicaid spend-down provided Susan had paid privately for a set period of time.  Susan was not aware of the Medicaid spend-down and the five year look-back period.  She didn’t know there were estate-planning options available to preserve assets that her mother had worked so hard to save.  I provided her with the contact information for Goldberg Law Group. LLC and she assured me she was going to call them the following day.  We finished reviewing the care plan developed and Christina agreed that scheduling a meeting with our social worker to explore caregiver issues was a great idea and I promised her I would have Marianne, LSW, call her the following day.

My family needed a knowledgeable elder care lawyer to determine the best options for my aging and ailing parents. NJ Elder Care Law Center was recommended to us and they did an outstanding job in reviewing our options, quickly reallocating my parents’ assets, and qualifying them for additional benefits. My father is a WWII veteran and Eric also identified additional Veteran’s benefits that could further help my family. Most importantly, they were very sensitive, patient, and responsive to my entire family. They made sure my mom understood every step of the process. It was a pleasure to work with NJ Elder Care Law Center.

Your firm was very welcoming and understanding of our needs. We felt we were kept well advised and spoken to in an understanding manner, not just "legaleze". Thanks!

We were extremely happy with the clear and thorough job done by NJ Elder Care Law Center. They clarified many complex estate planning issues for us.

- Karen and Robert I.